Daily, except Tuesdays and holidays 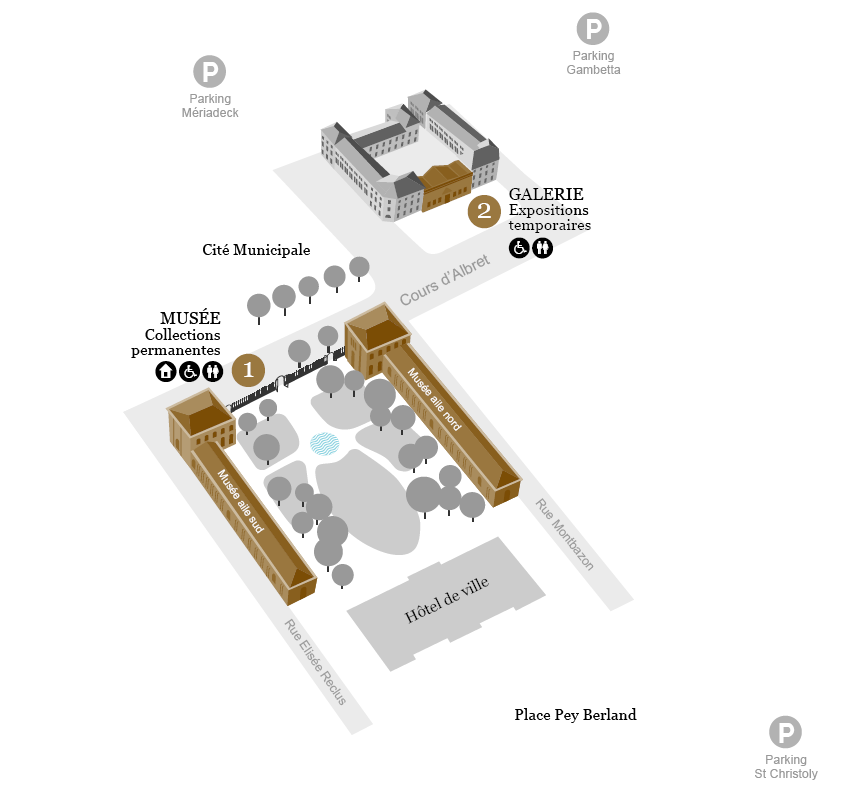 The permanent collection of European paintings and sculptures spreads out across the two wings of the Museum, thus following an itinerary encompassing the major periods in the history of art, its overarching focal points and the chief movements from the 15th to the 20th century.
In the southern wing, the presentation starts with Hans Clot’s 1469 Virgin of Pity Surrounded by Saints and finishes with Pierre-Narcisse Guérin.
In the opposite wing, Guillon-Lethière’s painting presented at the 1822 Salon, Saint Louis Visiting Plague Victims on the Plains of Carthage acts as a gateway and introduction to the main 19th-century movements (Romanticism, Academicism, Realism) as well as to the halls devoted to navy scenes (Gudin, Isabey), landscapes (Corot, Diaz de la Peña, Boudin), animal paintings (Bonheur, Princeteau) and portraits (Couture, Carolus-Duran, Fantin-Latour and Morisot). The introduction continues on with paintings by Odilon Redon, Marquet and Les Fauves, Lhote and other Cubist artists, before finishing off with figurative and abstract art, and a certain “return to order” (Bissière, Dorignac, Matisse, Picasso).