Both located in the south-west of their respective countries and sharing a history as colonial ports, Bordeaux and Bristol were twinned over 70 years ago. While the two cities have pursued numerous exchanges over the years, the Bristol School of artists, which has gone largely unexamined in France, has never been celebrated to date this side of the English Channel. 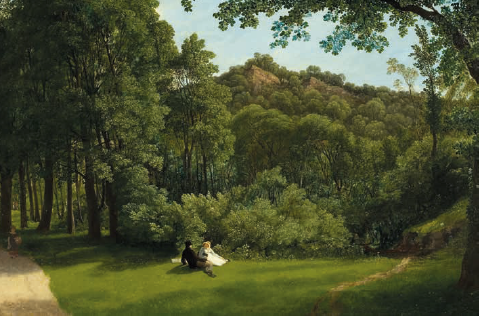 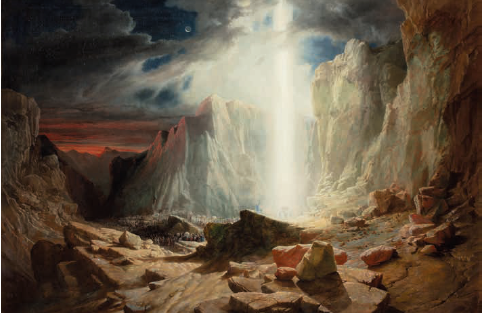 Francis Danby, Une scène à Leigh Woods (A Scene in Leigh Woods), 1822, Bristol Museum & Art Gallery.
William West, The Israelites Passing through the Wilderness, Preceded by the Pillar of Light, 1845 © Bristol, Bristol Museum & Art Gallery.
About the British Year
PUBLICATIONS AND INTERNATIONAL SYMPOSIUM
These two exhibitions will be accompanied by two scientific publications, including a catalogue for the exhibition Absolutely Bizarre! You might also be interested in the international colloquium on Portrait Art in English Painting (1750-1900) co-organised by the universities of Toulouse and Bordeaux in collaboration with the Bordeaux Museum of Fine Arts, running in September 15-17, 2021.
A programme of concerts, organised in partnership with the Opéra and the Nouvelle-Aquitaine PSEMD (Dance and Music Teacher Training School), talks, themed tours and educational projects held as part of the Le musée sort de ses murs [The museum goes beyond its walls] contribute to making this Fine British Season a rare occasion to understand the culture of our British friends and admire this wealth in a complex geopolitical context. Bordeaux Mériadeck Library will also be one of our season partners, hosting numerous events on its premises in connection with exploring English literature.
NEW An online exhibition created by Bristol Museum : here
Exhibitions curated by:
Sophie Barthélémy, director of the Bordeaux Museum of Fine Arts
Sandra Buratti-Hasan, deputy director of Bordeaux Museum of Fine Arts, conservator of the 19th and 20th century Collections
Guillaume Faroult, conservator of French 18th century and British and American art, Louvre and, for Absolutely Bizarre !, Jenny Gaschke of the Bristol Museum & Art Gallery.
Exhibition edition: under the scientific direction of Guillaume Faroult. Translation in English : Benjamin Aguilar Laguierce, 9h05 International.
Exhibition design: Sandrine Iratçabal, Atelier SIGMAS, Bordeaux.
Lighting: Géraud Périole. 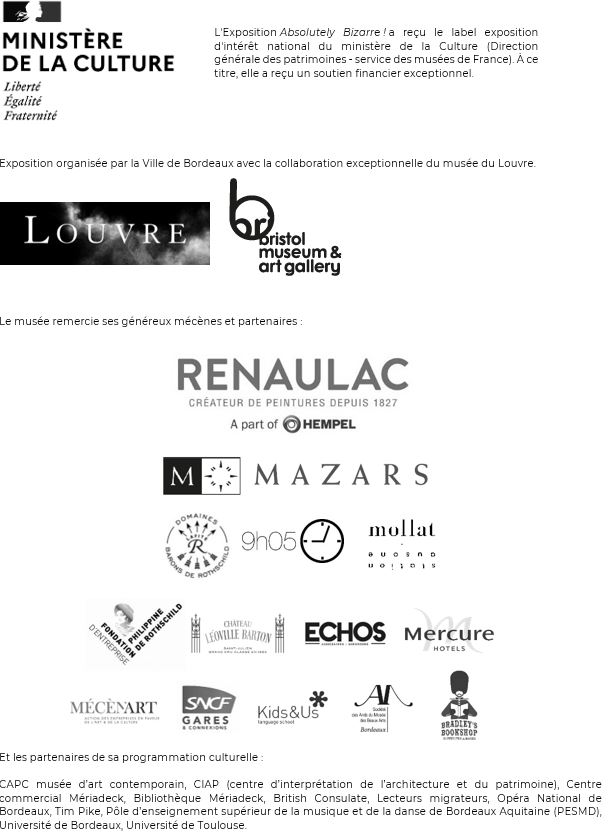 William West, The Israelites Passing through the Wilderness, Preceded by the Pillar of Light/i> © Bristol, Bristol Museum & Art Gallery