The musée des Beaux-Arts is setting up a restoration plan that involves preventive data and improved climate control in addition to the planned preservation objectives.

You can discover the work of restorers clicking on these two videos :

Inspection, cleaning and restoration of works while the museum is closed

While the museum was closed to the public during various building works that took place in 2011 and then in 2012, the institution’s scientific and technical teams took advantage of the lull to concentrate on perfecting the museum’s collections of paintings and sculptures.
A succession of different restorers, all qualified to work on the artworks, have come and gone at the museum. In order to restore certain works to their former splendors for public viewing, the restorers carried out operations that went from simple cleaning – the regular restoration work undertaken for purely aesthetic reasons – to more complex interventions.
In total, about 50 works benefited from the restorers’ careful attention, including sculptures by Zadkine, Rivière and Barye, among others, and François-André Vincent’s large painting, La Leçon de labourage (The Ploughing Lesson). 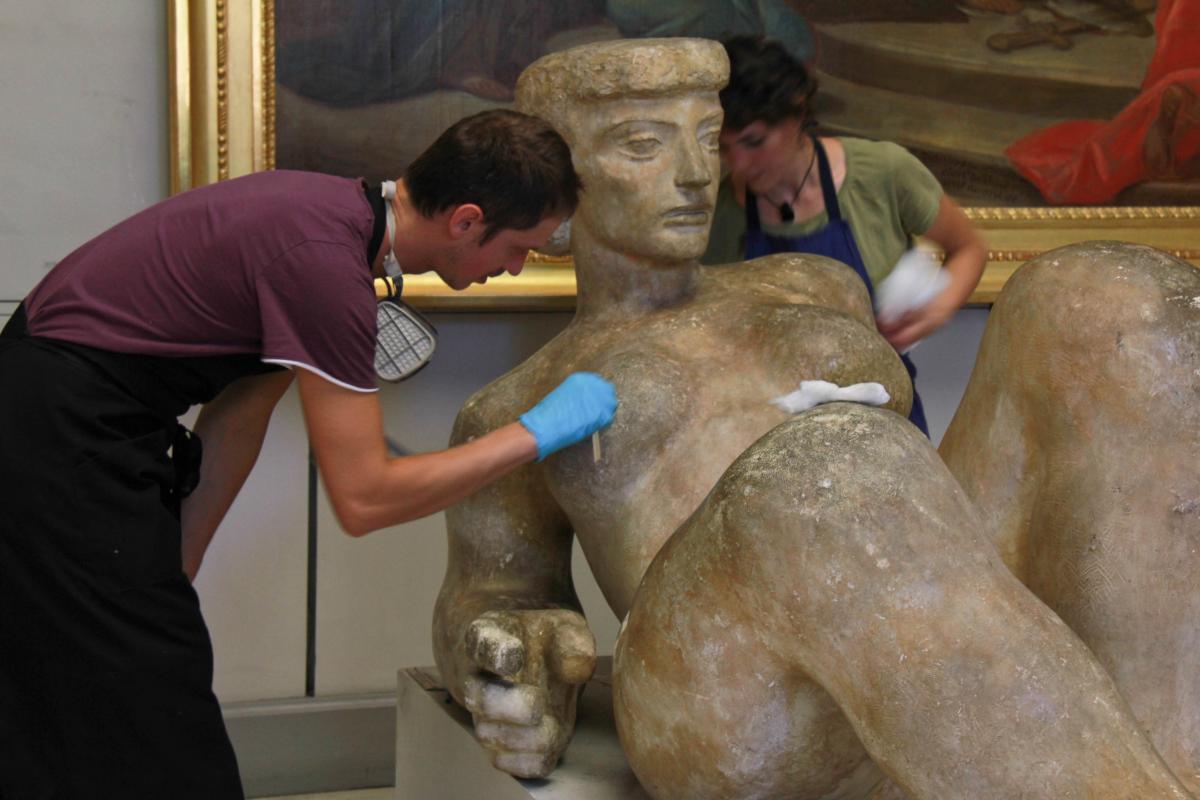 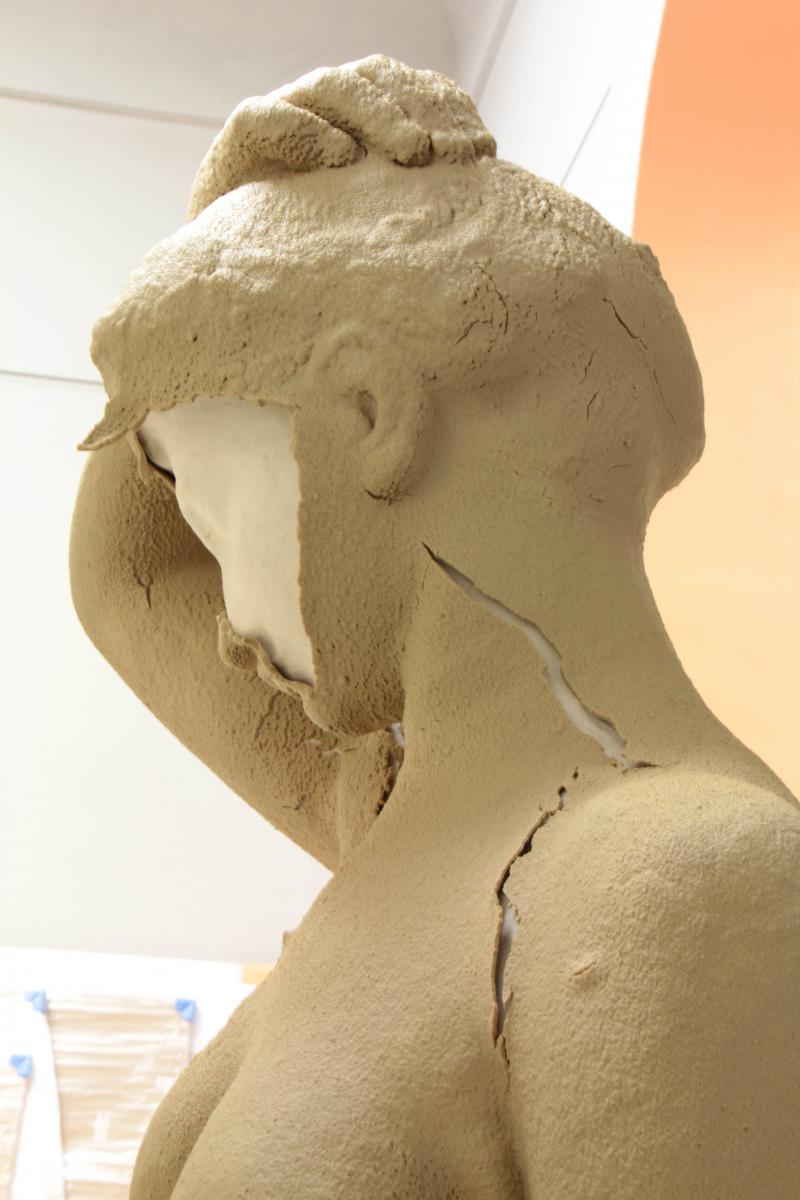 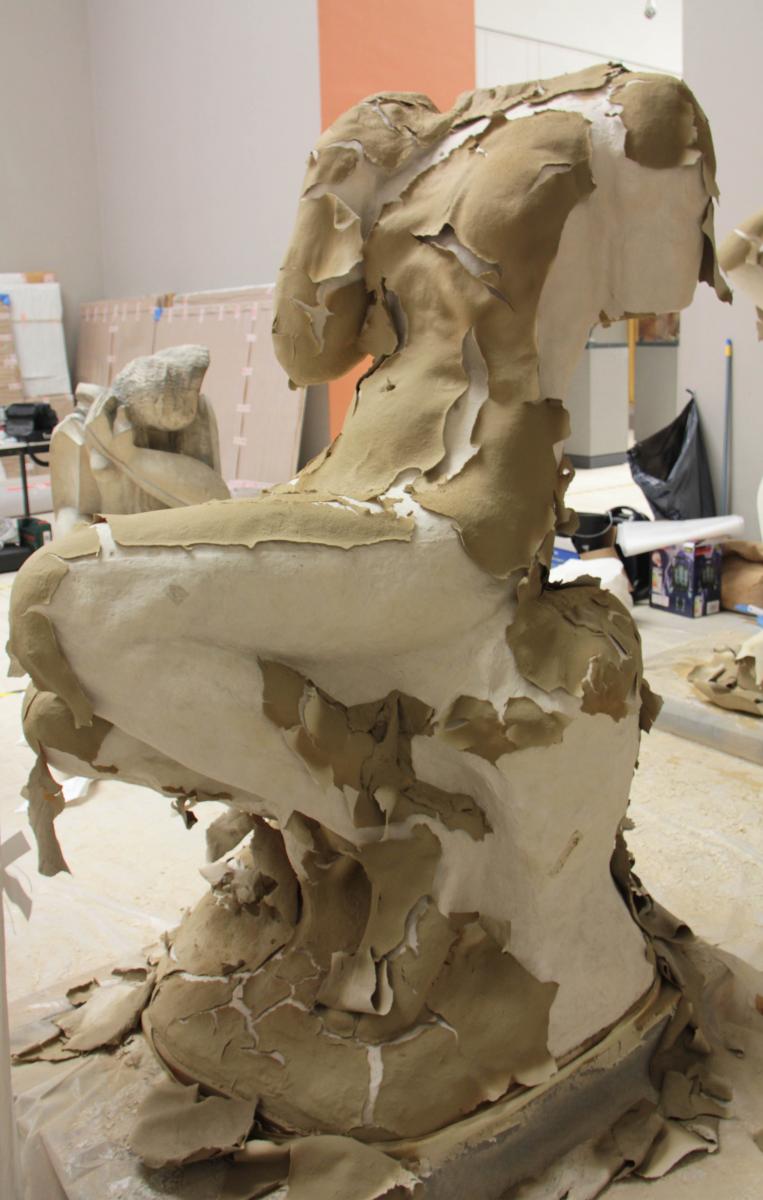 Among the restored works are:

- Vierge à l'enfant avec des saints (Madonna and Child with Saints), an oil on wood by the ‘Painter of the Disbelief of St Thomas’ (Venetian school, late 15th century), which had not been exhibited for several years because it was covered by a ‘facing’ that protected the paint layer. The ‘facing’ involves the application of a protective sheet of Japanese paper with animal glue, in order to avoid the loss of any painting matter. The ‘facing’ was removed, and a sheet of glass was placed over the wooden panel.

-L'Adoration des bergers (Adoration of the Shepherds), an oil on slate by Abraham Hondius (Dutch school, 17th century). The cracked support was strengthened then placed in a wooden framed box.

-Sacrifice, a mixed technique using gouache and sand on André Masson’s painting (French school, 20th century), removing the dust and fixing the numerous cracks, then making an environmental chamber for it.

Le Printemps (Spring), a terracotta bust by Jean-Baptiste Carpeaux (French school, 19th century), the dirty surface of which was cleaned.

In recent years, most restorations were undertaken because the state of certain works in the collection required emergency work. It was, above all, a question of acting urgently to preserve individual works.

But the museum also carried out regular basic or preventive operations on works due to go out on loan. In those instances, it was the loan that justified the restoration.

The Musée des Beaux-Arts is now taking advantage of its 10-yearly check to prioritize the restorations that must be carried out in the coming years. It is also soliciting studies from the C2RMF (Research and Restoration Center for French Museums) and will base its decisions on their diagnostics.